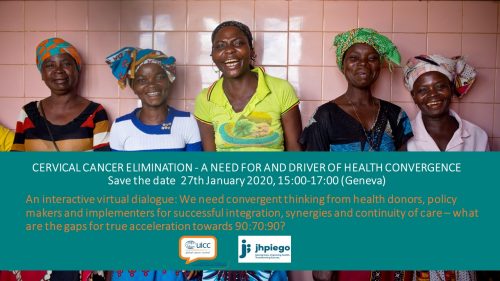 C4 Chief Investigator Professor Karen Canfell will be joining colleagues from Zambia and Jhpiego to moderate this deep dive on the vision of global health convergence and the opportunity to leverage the national response to the global elimination strategy to facilitate a fresh approach to prevention, early detection and timely treatment and palliative care, as well as catalysing movement towards harmonised global efforts for amplifying impact.

The presenters at this special event are:

The World Health Organization launched the Cervical Cancer Elimination Initiative on Tuesday 17th November 2020. C4 featured in the event and you can watch the video here (the C4 contribution to the event starts at 33:25).

Cervical cancer is one cancer the world can actually eliminate: it’s time to do it. Following a Call to Action in May 2018 from the World Health Organization (WHO) Director-General, Dr. Tedros, 194 countries collectively resolved to end needless suffering from a cancer that is both preventable and curable. The world already has the necessary tools; they just need to be made accessible.

In August 2020, the World Health Assembly passed a resolution calling for elimination of cervical cancer and adopting a strategy to make it happen.  It is a testament to the enthusiasm for this important goal that, even in the context of the COVID-19 pandemic, countries around the world have affirmed their support for this important priority.

The moment has arrived for an ambitious, inclusive strategy to accelerate eliminating cervical cancer as a public health problem.  Elimination is within the reach of all countries.  We can all leave behind a great legacy if we seize the opportunities that are within our reach now, so that girls who are born today will live to see a world free of this disease.

C4CRE Chief Investigator Professor Karen Canfell discusses the launch and Australia’s involvement in working towards cervical cancer elimination for all in this blog post. 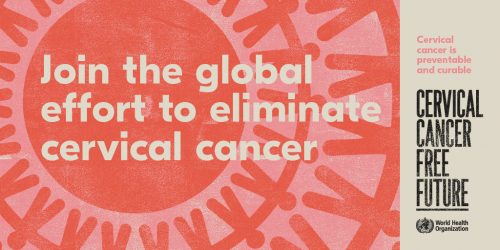 C4 is a Proud Sponsor of the Conquering Cancer Campaign

The C4 CRE is a proud sponsor of the Conquering Cancer Campaign, a social impact communications initiative that celebrates the efforts made to eliminate cervical cancer around the world. Eliminating cervical cancer will be one of the greatest achievements in the history of global health, “rivalling the end of polio in terms of shear impact on humankind,” according to Professor Ian Frazer.

To achieve the dream of conquering cervical cancer, we must first share this remarkable story through a compelling global narrative that engages, educates and inspires decision-makers worldwide to prioritise elimination and empower them to take action now.

While great strides are being made towards global elimination, there are still 600,000 cases of cervical cancer recorded annually and more than 300,000 women continue to die from the disease every year. The vast majority of women diagnosed with cervical cancer live in low – middle income countries.

To eliminate cervical cancer, leaders need to recognise that it is feasible in all countries. Our collective voices must join the call-to-action by the World Health Organization and urge for widespread introduction and up-scaling of HPV vaccination for young girls everywhere; access to cervical screening for every adult woman; and proper treatment and care for all women diagnosed with cervical cancer.

The Conquering Cancer Campaign will amplify the achievements of countries where elimination is imminent and encourage decision-makers in other nations to advocate for change and urgent action. This wave of awareness will strengthen the existing movement to eliminate cervical cancer. The campaign is supported by strategically-aligned organisations and their members, who will engage decision-makers worldwide, and promote action by introducing vaccination, screening and treatment programs.

The Conquering Cancer Campaign also speaks to women across the globe, especially those aged between 30-65, by helping to raise awareness about cervical cancer and reducing barriers to preventative measures, including cervical cancer screening and HPV vaccination of children.

Over 18 months – starting from September 2020 to April 2022 – Moonshine Agency will create, release, promote and publicise a series of original films, photographs, stories and visual communications in 10 languages. These will be well-told, feel-good success stories, balancing human-interest and cutting-edge health innovations.

Success looks like a global groundswell around the vision of conquering cervical cancer, which will put every country on the pathway to elimination. Because a woman’s chance of being diagnosed with cervical cancer shouldn’t depend on where she resides.

You can support the campaign by: 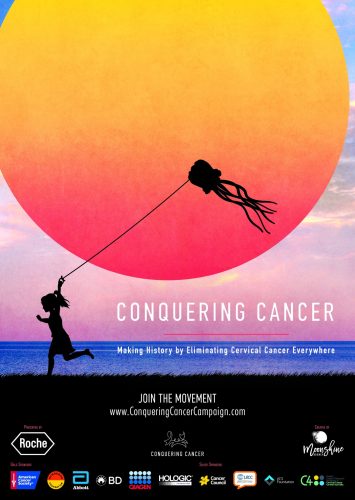 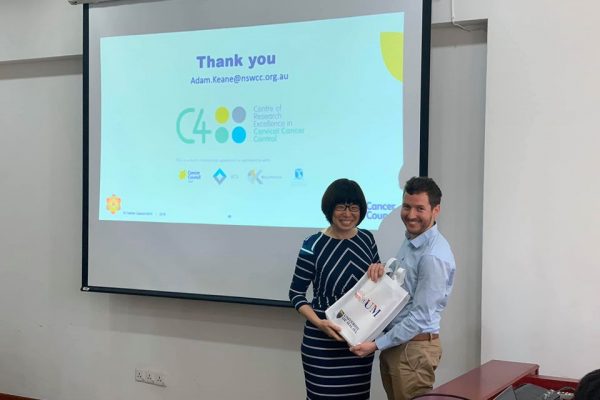 In November 2019, Adam Keane from Cancer Council NSW visited Malaysian colleagues at the University of Malaya. They discussed plans for a modelled evaluation on the impact of a national HPV-based screening program in Malaysia, based on the success of the Project ROSE (Removing Obstacles to cervical ScrEening) trial. He also gave a talk on previous modelling work by Cancer Council NSW. Pictured are Prof. Chiu Wan Ng from the University of Malaya on the left and Adam Keane on the right.

Increased HPV vaccination, screening and treatment access in the world’s poorest countries could save over 62M lives in the next 100 years

The World Health Organisation (WHO) is developing a plan to eliminate cervical cancer globally, and two new studies published today in Lancet estimate the potential benefits. The studies, led by Cancer Council NSW, Université Laval and Harvard University working with the World Health Organisation, have found that over 74 million cervical cancer cases and 62 million deaths could be averted over the next 100 years if 78 of the poorest countries in the world are able to rapidly scale up HPV vaccination, cervical screening and access to cancer treatment services. This follows last year’s Cancer Council NSW paper, which found that global elimination of cervical cancer is possible by the end of the century.

These figures rely on three targets being met in these countries by 2030: 90% of girls being vaccinated against HPV, 70% coverage for twice-lifetime cervical screening with HPV testing, and 90% coverage for treatment of preinvasive lesions and invasive cancer.

Adjunct Professor Karen Canfell, Director of Research at Cancer Council NSW and Adjunct Professor at the University of Sydney, who co-led both studies, said, “These results will inform the global strategy to achieve cervical cancer elimination, which is being reviewed by WHO’s Executive Board next week and which will be considered by countries at the World Health Assembly in May 2020.”

“Cervical cancer causes over 300,000 deaths worldwide each year, yet the evidence shows it could be eliminated as a public health issue.”

“Australia has been at the forefront – through being the first country in the world to establish an HPV vaccination program and the shift two years ago to a new National Cervical Screening Program based on HPV testing. It is a great example of the government and nongovernment sectors working together and has positioned Australia to take a leading role globally.

“Our goal is a cancer-free future and this study shows that it can be done, for a cancer that causes hundreds of thousands of deaths each year throughout the world.”

Previously, Cancer Council NSW researchers have found that Australia is set to be the first country to eliminate cervical cancer, by as early as 2035, through successful implementation of a combined approach to vaccination and screening. However, this is not the case elsewhere around the globe. Cervical cancer is still the fourth most common cancer in women worldwide and the leading cause of cancer death in 42 countries, including some of the world’s poorest countries, for example those in sub-Saharan Africa. In 2018, the large majority of the 570,000 new cervical cancer cases worldwide occurred in women living in LMICs.

“While Australia has one of the world’s lowest cervical cancer rates, we still have a long way to go to achieve our elimination goal – globally and in Australia,” Professor Canfell said.

“Given that over 90% of cervical cancer deaths occur in less-developed regions, these countries must be our first priority for implementation of HPV vaccination programs, high coverage cervical screening, and establishing cancer treatment services. This will help alleviate the enormous global inequities with the burden of this devastating disease.

“In Australia, we can build on our successes and further reduce cervical cancer deaths by at least 20%, by supporting the renewed screening program and reaching priority populations – particularly Aboriginal and Torres Strait Islander women and others who screen at low rates and face cultural and economic barriers to services.

“Everyone can get behind our push for a cervical cancer free future, from individuals who can engage in the screening and immunisation programs and health professionals checking their patients are up to date with screening and vaccination, to policy makers and collaborators who can drive this agenda globally.”

You Can access the studies by clicking on the titles below:

Impact of HPV vaccination and cervical screening on cervical cancer elimination: a comparative modelling analysis in 78 low-income and lower-middle-income countries

C4 CRE team members Marion Saville, Julia Brotherton, Andrew Vallely, and Deborah Bateson met with key organisations in Suva, Fiji on 5-6 December 2019 and agreed to a Call to Action on the global target to achieve elimination of cervical cancer as a public health problem, (below), noting the current high burden of cervical cancer in the Pacific and the current lack of adequate vaccination, screening and treatment there. 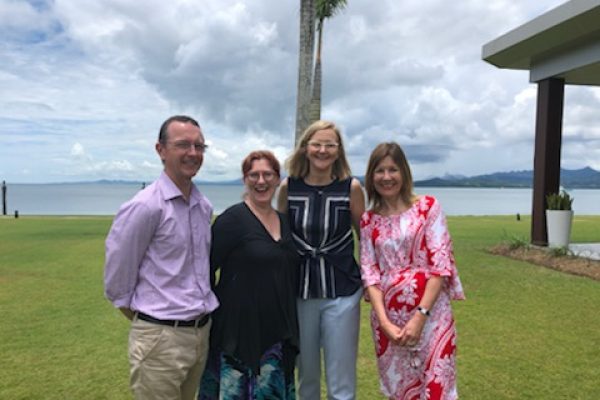 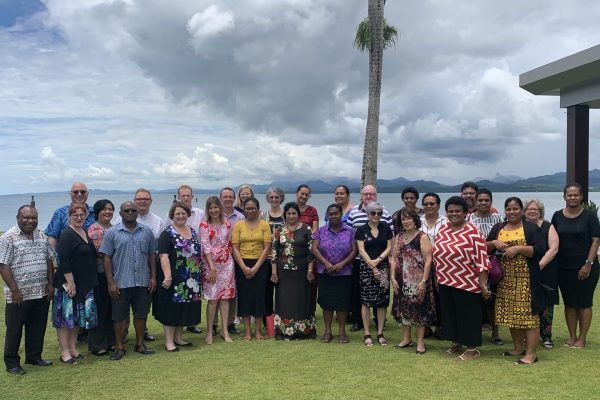 Delegates from the following countries and organisations met in Suva, Fiji on 5-6 December 2019 and agreed the Call to Action below:

We agreed to the following principles:

We are committed to the following actions:

For more information, please email/call any of the following: 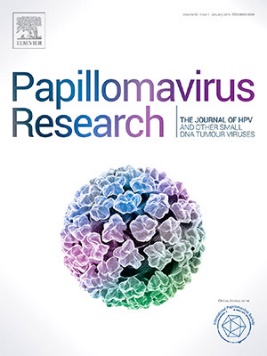 This special collection consists of a series of reviews summarizing some of the key insights presented and discussed at the 32nd International Papillomavirus Conference (IPVC) and Asia-Oceania Research Organization in Genital Infection and Neoplasia (AOGIN) 2018, which was held in October 2018, in Sydney Australia. The conference was held at a pivotal moment for the International Papillomavirus Society, AOGIN and for HPV research: it came hard on the heels of the announcement by the Director-General of the World Health Organization (WHO) that cervical cancer elimination was within reach and that WHO would focus on the development of a draft strategic plan for elimination.

You can find the special edition here.