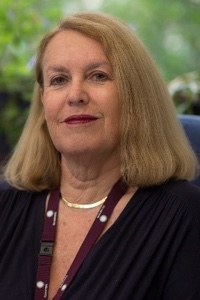 Professor Suzanne Garland, AO, MBBS, MD, FRCPA, FRANZCOG Ad Eundem, FAChSHM, FASM Professor Garland obtained her Bachelor of Medicine at the University of Melbourne in 1971, and subsequently worked as a Research Fellow at Harvard University, Brigham and Women's Hospital Boston, USA. Suzanne commenced as Director of Clinical Microbiology at the Women’s in 1984. Professor Garland is a regular advisor to the World Health Organisation (WHO) on sexual and reproductive health infections, cervical cancer and human papillomavirus (HPV). Her laboratory is a Western Pacific reference laboratory for HPV for the HPV Labnet, as set up by WHO. Professor Garland has been a chief investigator for phase 3, clinical HPV vaccine trials for the bivalent and quadrivalent vaccines, and on the Advisory Board for the nonavalent vaccine: she with her team is currently measuring vaccine effectiveness post vaccine rollout in Australia. Professor Garland was integral to the setup of the New Society Asia Oceania Research Organisation on Genital Infections and Neoplasia (AOGIN). She is the Inaugural and Past President of AOGIN and ongoing Board Advisor. With a special interest in the management of herpes in pregnant women and neonates, Professor Garland Chaired the Obstetrics and Gynaecological working group of the Australian Herpes Management Forum of which she was a Board Member until its recent cessation. She is currently the Clinical Director of Microbiology and Infectious Diseases at the Women’s, Director of Microbiology Research at the Women’s, and Senior Consultant in Microbiology at The Royal Children’s Hospital. Holding Honorary Research Fellow position at Murdoch Children’s Research Institute, and Professorial Chair through the Department of Obstetrics and Gynaecology at the University of Melbourne, Professor Garland is a Fellow of the Faculty of Science at the Royal College of Pathologists of Australasia (RCPA), Fellow of Australian Society for Microbiology (FASM), Fellow of the Royal College of Australia and New Zealand College of Obstetricians and Gynaecologists (RANZCOG) Ad Eundem and recent recipient of Officer of the Order of Australia, AO.